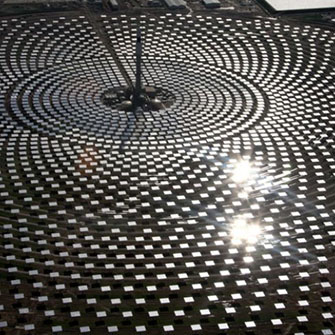 By Damian Carrington, The Guardian

Renewable energy capacity around the world was boosted by a record amount in 2016 and delivered at a markedly lower cost, according to new global data — although the total financial investment in renewables actually fell.

The greater “bang-for-buck” resulted from plummeting prices for solar and wind power and led to new power deals in countries including Denmark, Egypt, India, Mexico and the United Arab Emirates all being priced well below fossil fuel or nuclear options.

Analysts warned that the U.S.’s withdrawal from the Paris climate change agreement, announced last week by Donald Trump, risked the U.S. being left behind in the fast-moving transition to a low-carbon economy. But they also warned that the green transition was still not happening fast enough to avoid the worst impacts of global warming, especially in the transport and heating sectors.

The new renewable energy capacity installed worldwide in 2016 was 161GW, a 10 percent rise on 2015 and a new record, according to REN21, a network of public and private sector groups covering 155 nations and 96 percent of the world’s population.

The new record capacity cost $242 billion, a 23 percent reduction in investment compared to 2015, and renewables investment remained larger than for all fossil fuels. Subsidies for green energy, however, are still much lower than those for coal, oil and gas.

New solar power provided the biggest boost — half of all new capacity — followed by wind power at a third and hydropower at 15 percent. It is the first year that the new solar capacity added has been greater than any other electricity-producing technology.

“A global energy transition [is] well under way, with record new additions of installed renewable energy capacity, rapidly falling costs and the decoupling of economic growth and energy-related carbon dioxide emissions for the third year running,” said Arthouros Zervos, chair of REN21.“Trump’s withdrawal of the U.S. from the Paris agreement is unfortunate,” said Christine Lins, executive secretary of REN21. “But the renewables train has already left the station and those who ignore renewables’ central role in climate mitigation risk being left behind.”

Vivien Foster, global lead for energy economics at the World Bank, said: “Over 2016 there has been a dramatic and sustained improvement in the competitiveness of renewable power generation technologies. The most spectacular renewable energy prices were revealed through auctions that are gaining in popularity in many countries.”

At the end of 2016, more than 24 percent of global electricity was produced by renewables, dominated by hydropower and with wind contributing 4.0 percent and solar 1.5 percent. For all energy, renewable energy — excluding traditional wood-burning — contributed 10 percent, overshadowed by the 80 percent coming from fossil fuels such as oil and gas.

Lins said the switch to green energy needed to speed up and, crucially, start converting transport, heating and cooling to renewable sources. “The world is in a race against time,” she said.

Christiana Figueres, the former UN climate chief who delivered the Paris agreement and is now convenor of Mission 2020, said: “The economic case for renewables as the backbone of our global energy system is increasingly clear and proven. Offering ever greater bang-for-buck, renewables are quite simply the cheapest way to generate energy in an ever-growing number of countries.”

But to start bringing global carbon emissions down, she said, “the uptake of renewables needs to happen faster across all nations. This is a race to the top and the cost of being left behind is significant. As the U.S. waivers on its commitment to climate action, those who turn their back on renewables risk being left behind.”

Reprinted with permission from The Guardian.