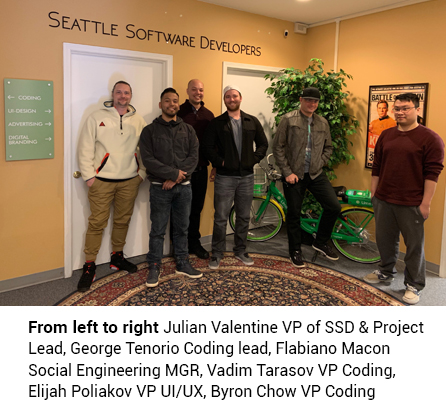 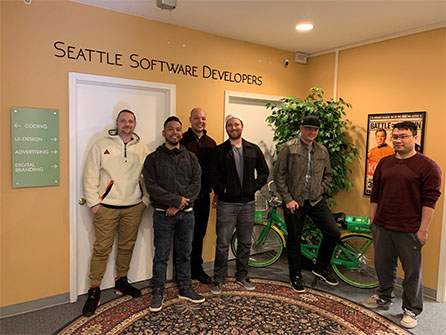 While living in Alaska is the only place-to-be for most of us, there are times when you’re reminded just how far away the biggest state in the union is from the Lower 48. It can seem like big companies that focus on Americans have no clue about Alaskans when it comes to products and marketing. But one company hasn’t forgotten about us. Seattle Software Developers, the iconic app developer, is once again making a splash with a new Facebook-type app geared specifically towards Alaskans.

It’s all about connections. In “go-live” mode the app will be able to locate app users who are in close proximity to each other. Want to know who’s around on Friday night? Go live and find others to hang out with. While you may not feel more connected to the rest of the United States, you will definitely feel more connected to your local community.

Who Are Seattle Software Developers?

If you’ve been involved in the world of app development at all, you know who they are. They’re an epic software firm that somehow manages to fly under the radar and let the giants of the Pacific Northwest tech scene take the spotlight (and the heat). They choose instead to quietly use the best developers, stealing many from companies like Google and Microsoft, to consistently create stunning websites and apps for the world.

In fact, Seattle Software Developers is considered the first web design firm in the world and predates other tech giants like Google by nearly a decade. Just like Alaska was long considered to be the Last Frontier, the company itself was born on the Internet frontier. Founded in the infancy days of the Internet, the company initially offered web design service starting on October 12, 1989—before apps were even an idea.

At that time, there were only a couple of hundred websites on this new-fangled thing called the Internet, and Seattle Software Developers had one of the first websites simply known as Site #202. There was no Google, so people in-the-know found them by using the Archie search engine, which was simply a way to list and search a bunch of files.

Archie gave way to little-known Galaxy and then to Yahoo, and the company continued to stay on the bleeding-edge of the growing Internet and World Wide Web. Reading their list of clients and projects is like reading a history of the Web. From developing the infamous AOL chat rooms to the first editions of eBay to a super-secret navigation system for the Navy, as well as developing a slew of super famous apps for large tech firms, Seattle Software Developers has always kept their focus on the future and what’s coming. This holds true even today, despite their long history.

Mostly because of their long history of app development and website building, the company has amassed an impressive stockpile of domains, apps, and software developments. Almost like a real estate firm but without the hype, Seattle Software Developers has an inventory of domains and software, from fully-developed apps to partially completed projects. They’ve put lots of these unpaid for or unclaimed assets up for sale and entrepreneurs everywhere are picking them up fast.

For start-ups, buying an already-developed app can be a big cost-saver when trying to build a brand and create buzz around the Internet. Amazingly, being able to buy an app from the best app developer in the world is within reach.

It’s not just apps, the latest evolution of micro apps are also available. Micro apps are slimmed-down apps that focus on the user experience and have highly targeted functionality. If you’re looking for an app with simple navigation, functionality, and features, and one that gets the job down fast, Seattle Software Developers likely has a micro-app for you.

The range of apps available for purchase is wide. From an Uber-like app to dating apps, to apps that help restaurants understand their customers better, the company is quietly offering the latest trending themes, the best cutting-edge technology, and the coolest ideas at bargain prices.

How can they do this? It’s simple.

According to Vice President of Development Julian Valentine, in 2018, 12 clients defaulted on their projects. This can happen because the client loses their investor or hits some other type of financial difficulty. While the company gives them time to pay, after a year they have no choice but to offer the unpaid developments to the public. “The boss likes to wait until the last possible second to give people a chance to pay when they have defaulted. Some of these developments are “now-now” ideas which means the code is now hot and must be sold right away!” said Julian Valentine, Vice President of Seattle Software Developers.

How Do They Develop Those Amazing Apps?

How has Seattle Software Developers managed to stay at the top of the extremely competitive app development game for thirty years? Lead Developer Dan Anderson has been with the company from the start and knows that having the best coders is only half the battle. Keeping on top of the latest Internet trends is another key to creating amazing software.

Dan Anderson states that “I think we have an edge since we have so many Google and Microsoft coders and engineers working here and just hanging out in our Bellevue offices and becoming a part of our work-space eco-system. We also have a room donated to University of Washington students studying coding and computer engineering, which means young eyeballs on those apps. Seasoned investors have learned that we’re the premier development firm so they’re sending clients over here with the best ideas on the market. When you have really good teams of coders managed by really good project managers working on amazing ideas, it’s a win-win situation. They come in with the ideas, we apply the Mac sauce, and they leave the office ready to go.”

The company’s small-but-tight team of developers set the standards that much of the rest of the app world follows. From user interface to functionality, Seattle Software Developers has always used innovation to benefit its clients and keep them, and their apps, on the top of download lists.

The two major app stores, iOS App Store from Apple and the Android market’s Google Play app store each report hosting over two million apps for download. However, the future looks to be driven not by quantity, but quality. So, with each new operating system release or smartphone hardware update, this team is one of the first to open up the possibilities and bring innovative ideas to the market. When Apple released its coveted Apple Watch, Seattle Software Developers was one of the first development firms to come out with smartphone apps for the Apple watch. From a golfing app, sleep tracker, to a fitness app, Seattle Software remains on the cutting edge of software technology.

The company also earns high praise for its proprietary process of combining their code, Google search algorithm knowledge, and their own data to consistently put its products at the top of Google rankings. With its sister company Seattle Advertising located down the hall, the company pretty well guarantees its clients will have increased exposure in their industry with a Seattle Software Developers app.

Raising the Bar of the Digital World

Seattle Software Developers hasn’t forgotten about the frontier. Billing themselves as “Romantic Technologists Since the 80’s”, the company continues to look for new ways to make life easier, to connect people with each other, and to wow the world with design and functionality.

Alaska is no exception. Keep your eye out for the new Facebook-like app just for Alaskans and check out their hundreds of other assets for sale. Together, you and Seattle Software Developers can help raise the bar of the digital world.

To learn about the amazing assets available from Seattle Software Developers call 425.256.2815

Filipinos in Yukon 'hunker down,' and skip the annual trip to visit relatives

Yukon to send COVID-19 vaccine doses to nearby Atlin, B.C.