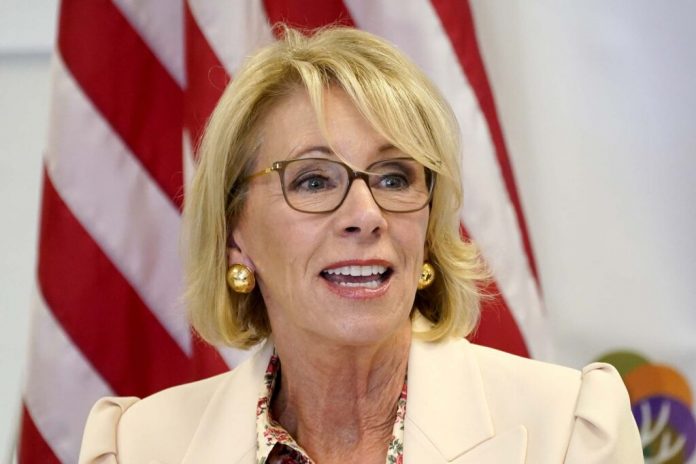 When Betsy DeVos took the helm at the Department of Education in 2017, she decried the way many colleges and universities were handling sexual-assault allegations. Too often, DeVos said, the accused were being denied due process. “Through intimidation and coercion, the failed system has clearly pushed schools to overreach,” she said in September of that year. “With the heavy hand of Washington tipping the balance of her scale, the sad reality is that Lady Justice is not blind on campuses today.”

DeVos resolved to fix the problem. By many accounts, however, she made things worse. Months after taking office, she rescinded a guidance document issued by the

Yukon set to open campgrounds earlier than ever before

Bronson's Disastrous Answer on Homelessness: 'Lock Them Up'

Court case expedited: Can acting mayor keep ‘dibs’ on her vacant assembly seat, and for how long?

JUDGE GRANTS EXPEDITED HEARING An Anchorage judge heard on Thursday arguments about whether Acting Mayor Austin Quinn-Davidson can legally retain her District 3 Seat E West Anchorage seat, since it has been vacant since...
Read more
Around Anchorage

In one of the more awkward moments in the Alaska State House this week, Rep. Zack Fields of Anchorage said into the record that the short skirt of Rep. Sara Rasmussen was causing a...
Read more
Around Anchorage

The Alaska Senate today unanimously passed a bill extending access to Naloxone, a life-saving drug that rapidly reverses opioid overdoses. It was the first bill to pass either house in the Legislature during the...
Read more
Around Anchorage