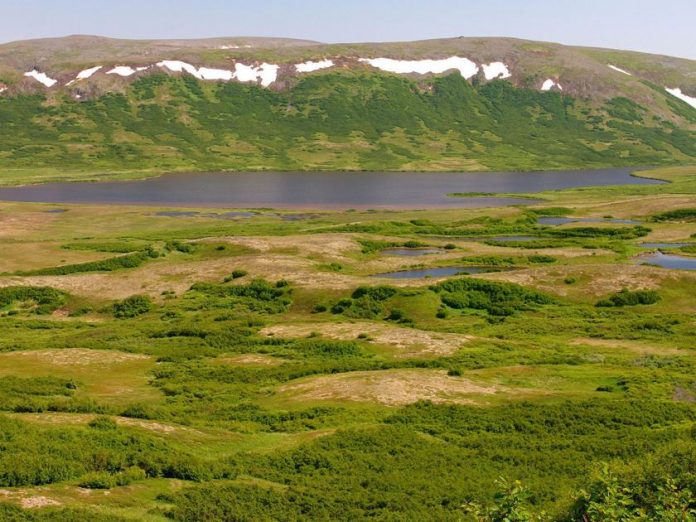 JUNEAU, Alaska (AP) — An agreement announced Tuesday between an Alaska Native village corporation and conservationists would restrict development on lands in the Bristol Bay region where a mine developer has proposed a road, a move that could create another obstacle for the proposed Pebble Mine.

The Conservation Fund said it has launched a fundraising campaign to buy the land easements on more than 44,000 acres (17,800 hectares) from the Pedro Bay Corp. for $18.3 million. Terms call for the money to be raised by the end of 2022, said Ann Simonelli, a spokesperson for the Virginia-based conservation group.

The corporation would retain ownership of the land, and the easements

Rep. David Eastman of Wasilla was spotted touring the facilities in Maricopa County, Arizona, where an audit is being conducted of the 2020 presidential election. In addition to Eastman flying on his own...
Read more
Around Anchorage

Dave Bronson, mayor elect of Anchorage, named Doug Schrage as the new fire chief for Anchorage. Schrage is a former chief operating officer of the Anchorage Fire Department and has been serving as...
Read more
Around Anchorage

PFD and the special session: The clock ticks down toward June 19

The special legislative session that began May 20 in Juneau continues, defying predictions by many that all would be done before Memorial Day. Gov. Mike Dunlevy called lawmakers into special session as the regular...
Read more
Facebook