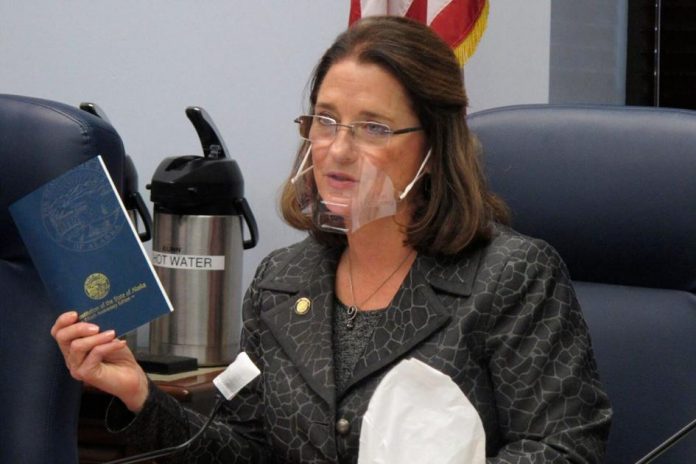 JUNEAU, Alaska (AP) — An Alaska state lawmaker requested an excusal from the state Senate until mid-January, citing the challenges of traveling to Juneau from Anchorage after she was suspended from flying on Alaska Airlines earlier this year.

Republican Sen. Lora Reinbold on Thursday requested the excusal from Saturday through Jan. 15. She said she was unaware of any other airline flying to the state capital during that period. Her request was accepted by the Republican-led Senate without any objections.

Juneau is accessible by air or water, including via the state-run ferry system. Lawmakers are in their third special session of the year, which is due to end Tuesday unless

The federal moratorium on rental evictions has ended, but a new round of assistance to help low-income Alaskans with past-due rent utility payments is rolling out this fall. Alaska Housing Finance Corp., or AHFC,...
Read more
Around Anchorage

AUSTIN, Texas (AP) — The Justice Department on Thursday sued Texas over a new state law that bans most abortions, arguing that it was enacted “in open defiance of the Constitution."The lawsuit, filed...
Read more
Around Anchorage

JUNEAU, Alaska (AP) — The Interior Department has postponed Secretary Deb Haaland's planned visit to Alaska until later this year, a department spokesperson said.Melissa Schwartz, in a statement Wednesday, said the decision was...
Read more
Around Anchorage

US to reevaluate review of Alaska petroleum reserve

JUNEAU, Alaska (AP) — The U.S. Bureau of Land Management is expected to reevaluate a Trump-era environmental review that provided a basis for plans to open an additional roughly 6.8 million acres in...
Read more
Facebook