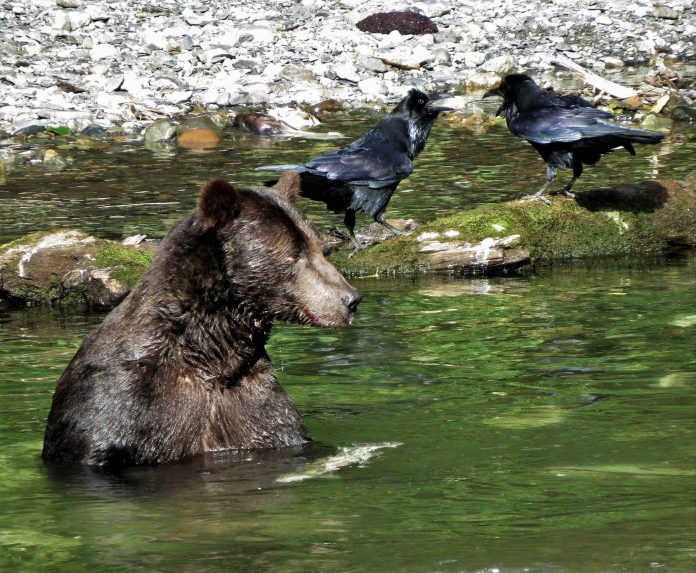 A few days later, I left town to guide a natural history brown bear film shoot in Southeast Alaska. One of the sequences we were trying to get was of a bear chasing salmon underwater. We had a camera in underwater housing submerged near the base of a raging waterfall. It could be operated from 100

I Went to the Woods: The danger of overexposure

The Season of Senescence is Upon Us

Colors of deciduous trees and bushes along the Delta River in Interior Alaska. Image-Ned RozellThe glorious paper birch outside the window that has
Read more
Nature & Outdoors

Alaska Science Forum: The season of senescence is upon us

By Ned Rozell The glorious paper birch outside the window that has for the past three weeks beamed a sunny glow is losing its luster, one golden coin at a time. The 10,000 solar...
Read more
Nature & Outdoors

Here in middle Alaska north of Fairbanks, a trapper wearing a flannel shirt, leather gloves, and a bushy beard tromps through the forest. He spreads his arms wide to part wild rose bushes...
Read more
Facebook