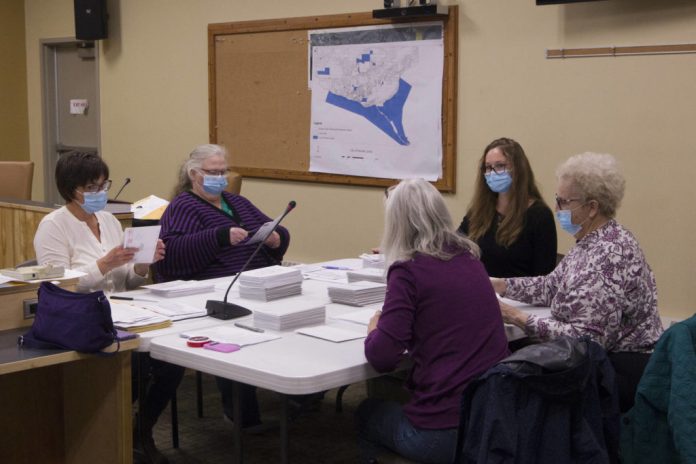 Shelly Erickson and Donna Aderhold claimed the two three-year council seats with 41% or 841 of the votes and 40% or 829 of the votes respectively. Adam Hykes lost the race with only 18% or 368 of the votes.

Jason Davis, who was ahead of Heath Smith in the preliminary election results, remained in the lead and claimed the one-year council seat with 56% or 723 of the votes compared to Smith’s 43% or 562 of the votes. Smith previously served on the council for two terms

Victoria Gold Corp. reported 4 cases of COVID-19 at its Eagle gold mine near Mayo, Yukon. The cases were confirmed late Wednesday. All four people are self-isolating at the mine site near Mayo, and doing...
Read more
Artic News

Snowmobiles will likely be in short supply in Yellowknife this winter, yet again.For the second year in a row, demand for sleds far outweighs available stock, says the owner of snowmobile retailer Polar Tech Recreation....
Read more
Artic News

More than 100 Homer community members gathered at the HERC Campus mid-day Saturday to rally in support of women’s reproductive rights. The demonstration was a part of the national movement “Rally for Abortion Rights,”...
Read more
Artic News