'Into the Wild' bus on display during preservation work 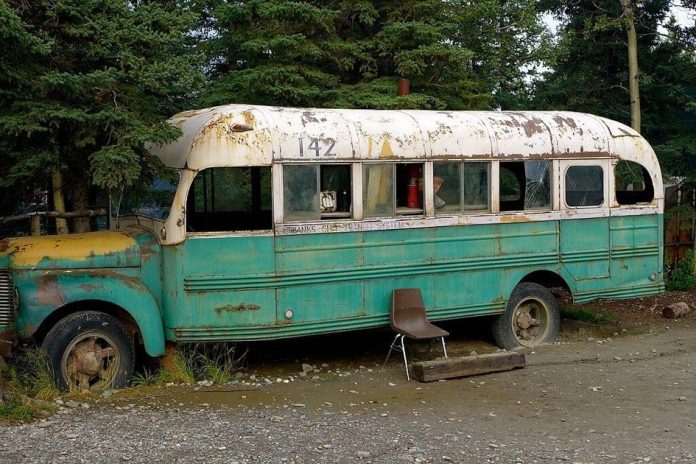 FAIRBANKS, Alaska (AP) — A bus that people sometimes embarked on deadly pilgrimages to Alaska’s backcountry to visit can now safely be viewed at the University of Alaska Fairbanks while it undergoes preservation work.

The abandoned Fairbanks city bus became a shelter for hunters and others using the backcountry near Denali National Park and Preserve, but it became a beacon for those wishing to retrace the steps of Christopher McCandless, who hiked to the bus in 1992.

The 24-year-old Virginia man died from starvation when he couldn’t hike back out because of the swollen Teklanika River. He kept a journal during his last days, which was discovered when his body

Mayor Bronson calls for calm, compassion on both sides of Covid debate

Previous articleJab or no job XII: The growing unvaccinated worker underground’s founder speaks
Next articleMayor Bronson calls for calm, compassion on both sides of Covid debate
Around Anchorage

This is the 12th in a series of stories of people being fired from their jobs because they have declined to take the required Covid-19 vaccination. The identities of these workers are being kept...
Read more
Around Anchorage

At recent hearings on the mask ordinance, the conservative pro-freedom, anti-mask-ordinance crowd has been in control and Chairwoman Suzanne LaFrance has lost control. The public has hollered, testified, sang the National Anthem, and...
Read more
Around Anchorage

The State of Alaska reports that since vaccines became available in Alaska in 2021, so-called “breakthrough” cases have been on the rise. “Through the end of August 2021, a total of 6,223 vaccine breakthrough...
Read more
Around Anchorage

The regular Anchorage Assembly Meeting scheduled for Oct. 12 at 5 pm will proceed in person in the Assembly Chambers at the Loussac Library, in spite of the Covid-19 outbreak on the dais last...
Read more
Facebook