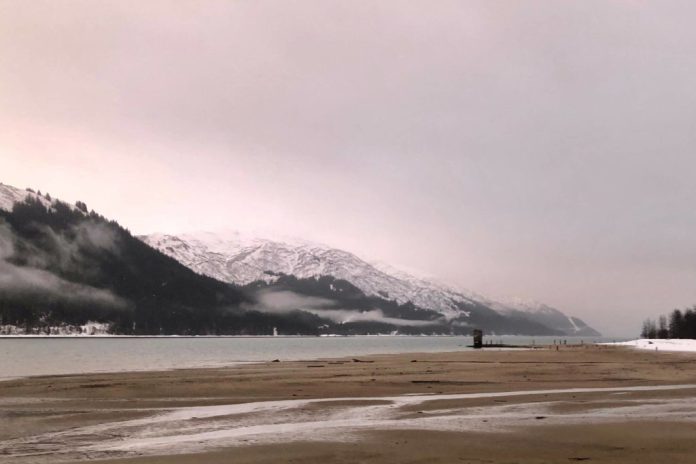 Lt. Maren Balke, whose section is responsible for dealing with oil spills, discovered the sheen incidentally and called it into the National Response Center, said Lt. j.g. Stephen Mueller.

“Pollution responders went out and did a preliminary investigation and couldn’t determine the source,” Mueller said. “It looks like it’s non-recoverable. It looks weathered. It doesn’t look like a significant amount.”

There was a spill of heating oil from a breached tank in late December that has since been fully contained, Mueller said, but there’s no way to link

School industry will again ask for more money for ever-failing schools, and will not hold itself accountable for poor outcomes

Some parents and teachers in Yukon are concerned about the territorial government's new method to handle COVID-19 cases in schools. It's also sparked criticism from the Yukon NDP.In an email sent to parents late on Wednesday...
Read more
Artic News

It's been seven years since basic 911 was introduced in the Yukon, but some residents are still unable to effectively use the service.Gerard Tremblay, a Whitehorse resident who is hard of hearing, is unable to speak out...
Read more
Artic News

Yukon First Nations representatives painted a bleak picture in the Legislative Assembly Wednesday of efforts to improve public education in the territory in the two-and-a-half years since a federal audit identified major shortcomings in...
Read more
Artic News

The Yukon Quest is making a return on the Canadian side this year but the Yukon Quest 300 racecourse is changing because of COVID-19 restrictions.This year's 483-kilometre (300-mile) race will start in Whitehorse and follow the...
Read more
Facebook