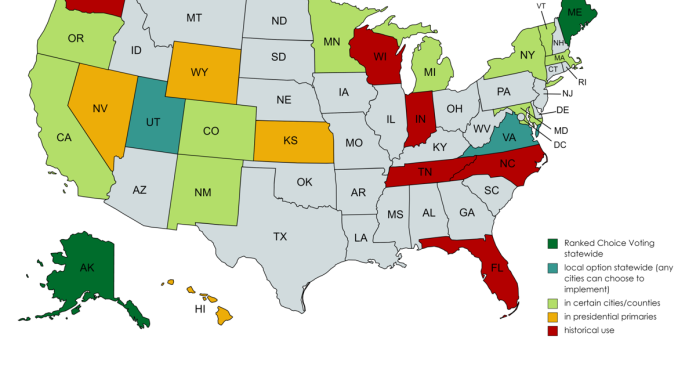 JUNEAU, Alaska (AP) — Alaska elections will be held for the first time this year under a unique new system that scraps party primaries and uses ranked choice voting in general elections.

It calls for an open primary in which all candidates for a given race appear on the ballot, regardless of party affiliation, followed by ranked voting in the general election. No other state conducts its elections with this combination, which applies to both state and federal races.

By DAVID BOYLE The Anchorage School District is in the process of selecting a new superintendent to replace retiring Superintendent Deena Bishop.  The selection will impact the Anchorage community and students for the next few...
Read more
Around Anchorage

NEW YORK (AP) — Former Alaska Gov. Sarah Palin's positive tests for the coronavirus have forced the postponement of a civil trial set to start Monday over her defamation claims against The New...
Read more
Around Anchorage

Erik Lambertsen was criticizing Assemblyman Chris Constant for having “hissy fits,” when he made a floppy hand gesture that upset Constant all over again. Constant interrupted the testimony and said that the gesture was...
Read more
Around Anchorage