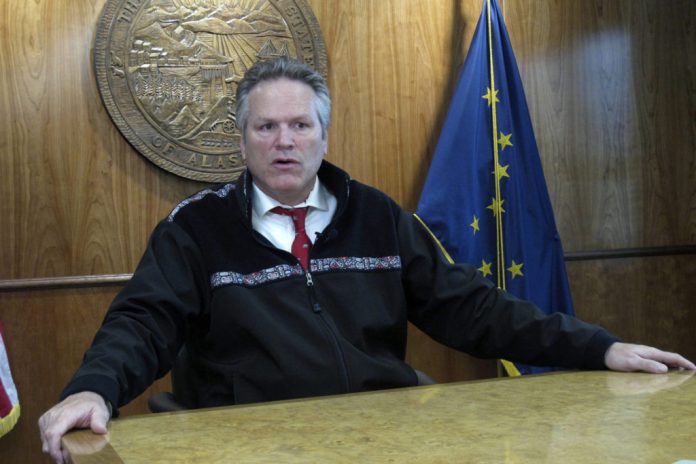 Alaska Republican Gov. Mike Dunleavy said he doesn’t see his acceptance of former President Donald Trump’s endorsement as hurting his relationship with the state’s senior U.S. Senator, Republican Lisa Murkowski, who voted to convict Trump at his impeachment trial last year and whose reelection bid Trump has vowed to fight.

Trump last month praised Dunleavy as a “strong and consistent conservative” and offered his endorsement, provided that Dunleavy does not endorse Murkowski. Asked if Dunleavy planned to endorse anyone in the Senate race, Andrew Jensen, a campaign spokesperson, said last Thursday he could “simply reiterate the governor’s position on this, which is that he appreciates the support of President

Man kicked out of Inuvik shelters has a question: Where should I go?

Dunleavy and ‘State of the State’:An upbeat governor defends his record in front of Legislature

Previous articleDunleavy and ‘State of the State’:An upbeat governor defends his record in front of Legislature
Next articleYukon top doc, pediatrician to give COVID-19 update
Artic News

Jack Bowers can't help but be reminded often of that day, exactly three months ago, when his longtime friend Pat McCracken was shot dead at home in Faro, Yukon."Every time I drive by Pat's home,...
Read more
Artic News

Travis Smarch was known to everyone around him as an adventurous, outgoing and funny young man with a bright future. His life ended abruptly on Jan. 5 — the day he overdosed, alone, in his...
Read more
Artic News

By Becky Bohrer Associated Press JUNEAU — A U.S. judge sided Thursday with an attorney who alleged she was wrongly fired by the state of Alaska over political opinions expressed on a personal blog....
Read more
Facebook