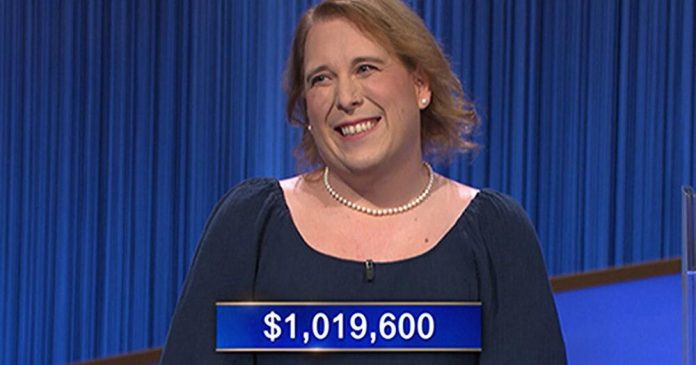 Schneider’s success put her in the ranks of Ken Jennings, who’s serving as guest host, and the quiz show’s other all-time greats. It also made Schneider, a trans woman, a visible symbol of achievement for often-marginalized people.

“It’s still a little hard to believe,” she said of her impressive run. “It’s something that I’m going to be remembered for, and that’s pretty great,”

New champ Rhone Talsma had the correct response to the final “Jeopardy!” clue for a winning total of $29,600. Schneider, who

Man kicked out of Inuvik shelters has a question: Where should I go?

Dunleavy and ‘State of the State’:An upbeat governor defends his record in front of Legislature

Previous articleMan kicked out of Inuvik shelters has a question: Where should I go?
Around Anchorage

Governor’s State of State Address to highlight five Alaskans, and ask lawmakers to set aside differences for greater good

Gov. Mike Dunleavy will deliver his fourth State of the State Address on Tuesday at 7 pm, to the combined House and Senate, and to the people of Alaska. It can be watched online...
Read more
Around Anchorage

Candidate for Alaska governor Charlie Pierce, now serving his second term as the mayor of the Kenai Peninsula Borough, has hired Jake Thompson as his campaign manager. Thompson was a member of the Pierce...
Read more
Around Anchorage

JUNEAU, Alaska (AP) — Alaska elections will be held for the first time this year under a unique new system that scraps party primaries and uses ranked choice voting in general elections.The Alaska...
Read more
Around Anchorage