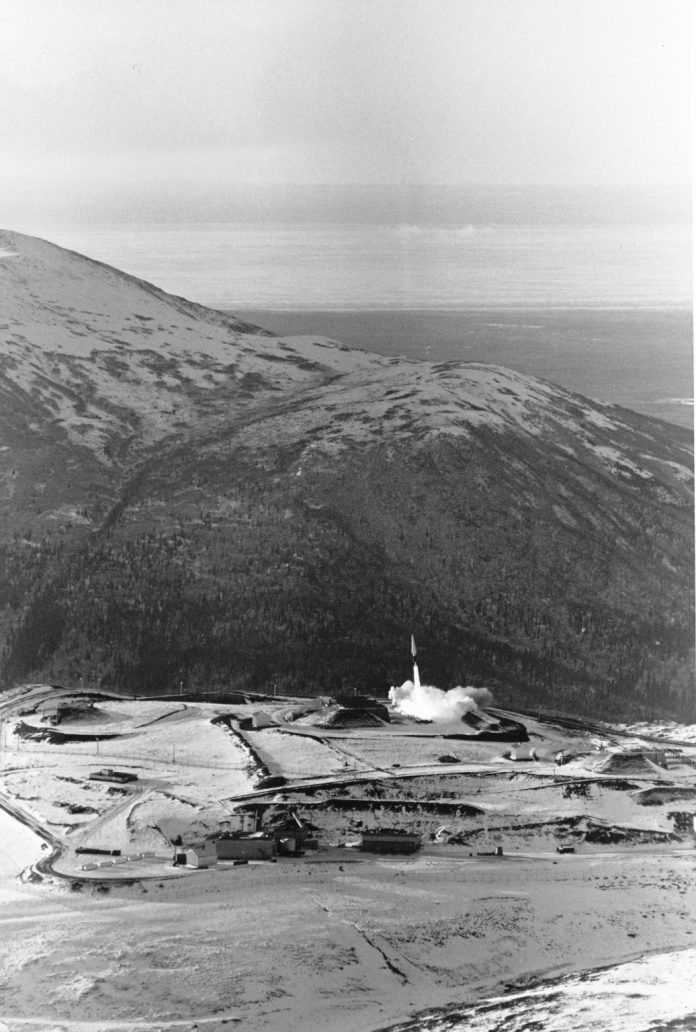 It’s 1957, and things are different. Anchorage, Alaska, is but a whisper of its future self. Oil has yet to be discovered beneath the permafrost of the North Slope, there are more gravel roads crisscrossing the city than there are paved, and the city’s population (a mere 40,000) is abuzz with a palpable fear: impending nuclear war.

Above the city at 4,000 feet, Mount Gordon Lyon rests stoically as 60 vertical feet of its peak are blasted away by dynamite.

Two years later, Gordon Lyon’s now-level summit is unlike any other in the surrounding Chugach Range. Its surface, officially dubbed Site Summit, is studded by a platoon of buildings,

Skookum Jim, whose discovery led to the Klondike gold rush, gets a namesake asteroid

History on record: How the CBC Northern Service built a unique trove of Canadian music

Nunavut senator calls being banned from Russia a 'badge of honour'

Previous articleYukon in talks with Skagway, Alaska, to ensure access to port for shipping ore
Next articleFrom Whitehorse to Whitecaps: Yukon soccer player set to suit up for first pro game in Canada
Travel

The Life of a Bristol Bay Fly Fishing Guide

Straight Ahead, the Significance of a New Sculpture in Juneau

Yaadachoon, before being placed along Juneau’s Seawalk. Photo by Michael Penn. “There is a lot of security in regurgitating what’s been done,” said Robert Mills, standing in a warehouse in the industrial heart of...
Read more
Travel

The Decline and Fall of a Great Alaskan Cannery

Port Bailey Cannery lies at the north end of Kodiak Island. A community bolstered by abundant wild salmon was established here in 1912, and in 1938, Kadiak Fisheries built a cannery and named it...
Read more
Travel

A Treasure Island in the Bering Strait

Visitors to Nome, if they climb Anvil Mountain’s limestone crown on a clear day, may notice a bulge offshore 24 miles to the west. Its treeless, unassuming, volcanic square mile suggests an arctic ziggurat...
Read more
Facebook