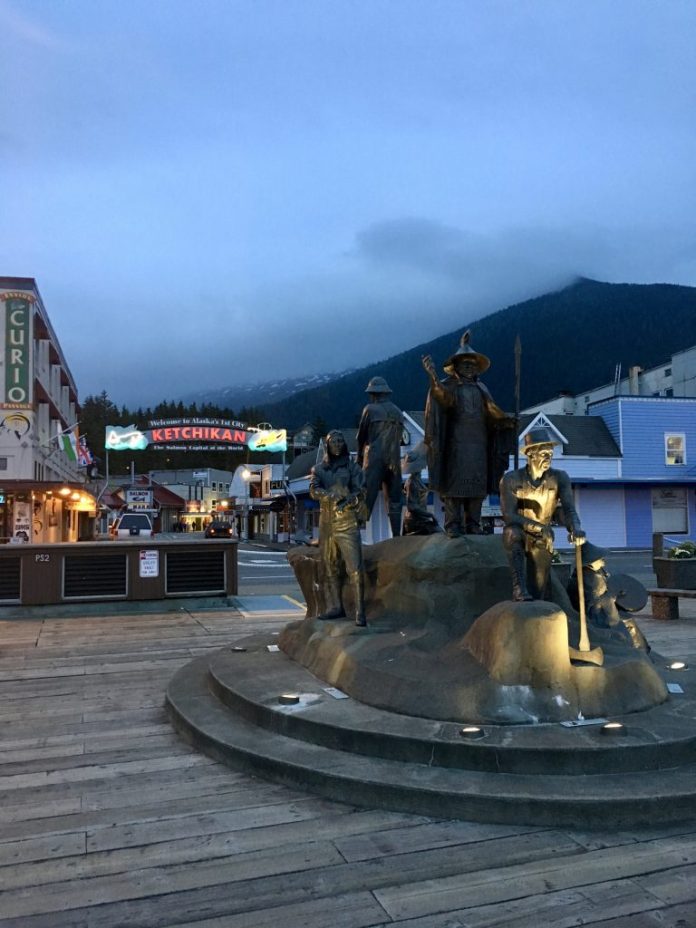 A sigh of relief escaped me when the jet’s wheels slammed onto the Anchorage airstrip. We’d made it. After 30 years of hearing about my dad’s adventures in Alaska, I was traveling to see the place that shaped who he became.

It was here where he panhandled for food, worked in a logging camp, and ultimately hopped on a boat, lying to the captain about his sailing qualifications. He was out at sea before the truth was discovered.

When I turned off airplane mode, my phone lit up with a message from him. He wanted to know where we were headed. I told him we were en route to

A chance encounter set him on a new path. 20 years later, he's 'volunteer of the year'

September 16, 2021, photo of eastern side of the Pretty Rocks landslide on Denali Park Road. The displacement of approximately 14 vertical feet seen below the person standing on the stable road surface (for...
Read more
Travel

Art by Tim Bower How do I get back the one that got away?  All anglers experience fish-heartbreak, and those who suffer the most may dwell for the rest of their lives on the...
Read more
Travel

It’s 1957, and things are different. Anchorage, Alaska, is but a whisper of its future self. Oil has yet to be discovered beneath the permafrost of the North Slope, there are more gravel roads...
Read more
Travel

The Life of a Bristol Bay Fly Fishing Guide