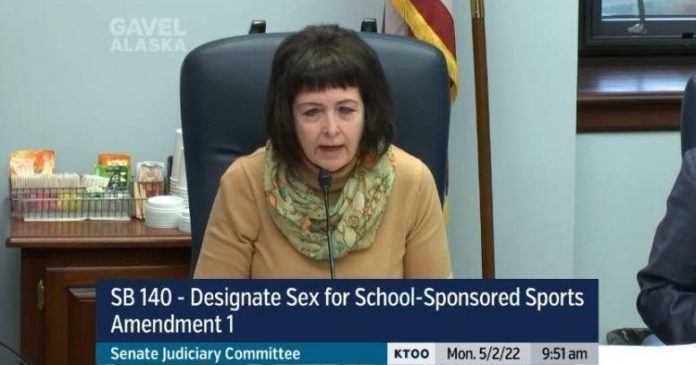 Update: It sounds like the amendments, debate and a vote on Senate Bill 140 has been pushed back to the start of next week. Important to note that the Senate also has the operating budget on the floor, which is an actually important piece of legislation.

Original story: The Republican-controlled Alaska Senate is poised to vote on legislation that would ban transgender girls from participating in women’s athletics, despite its sponsor being unable to name any instance where it’s ever been an issue in Alaska or why it would warrant ignoring the Alaska Constitution’s privacy clause.

At a hearing on Monday in the House Judiciary Committee, Senate Bill 140 sponsor Palmer Republican