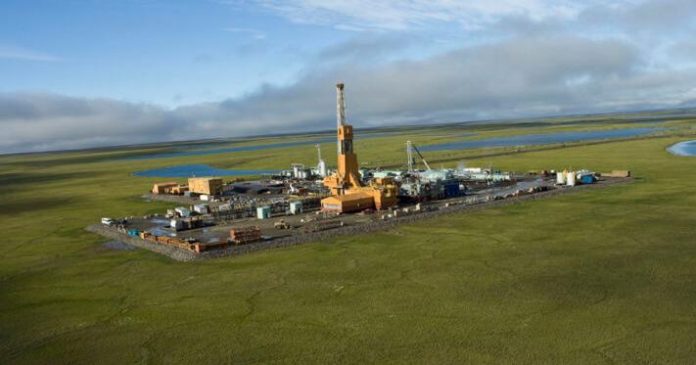 North Slope production held steady in April compared with March and April of 2021, according to production data released May 1 by Alaska’s Department of Revenue.

The Alpine field, one of three larger fields on the slope, has been restored to average production after being cut 8,000 barrels per day in January and February as operator ConocoPhillips dealt with an unusual underground gas release.

In another development, ConocoPhillips completed its first long horizontal production well to a new project in the Alpine Field located approximately 34 miles west of Kuparuk. The well was drilled to 35,526 feet, a new record for an Alaska horizontal well.

That distance means the

The Matanuska Borough discussed its plan for a private firm to take over operations of the borough’s Port MacKenzie under a public-private partnership, borough manager Mike Brown told the borough assembly at its...
Read more
Around Anchorage

A lawsuit brought by a group of University of Alaska students in an effort to protect the state’s scholarship fund from being liquidated by Gov. Mike Dunleavy has come to a disappointing end.After...
Read more
Around Anchorage

Update: It sounds like the amendments, debate and a vote on Senate Bill 140 has been pushed back to the start of next week. Important to note that the Senate also has the operating...
Read more
Around Anchorage

MIAMI (AP) — Humans don’t know what they’re missing under the surface of a busy shipping channel in the “cruise capital of the world.” Just below the keels of massive ships, an underwater...
Read more
Facebook