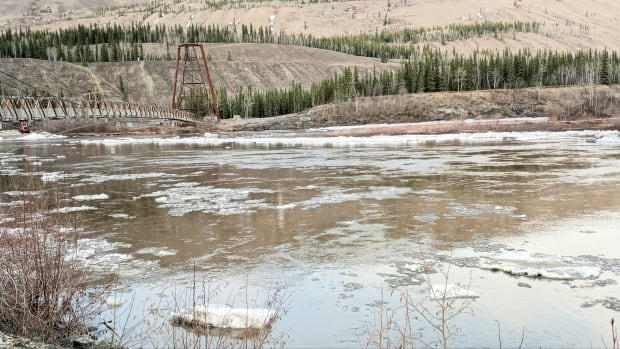 A flood watch issued for the community of Ross River, Yukon, earlier this week was rescinded Thursday morning.

Kevin Lyslo, an emergency services planner with the territory’s Emergency Measures Organization, said the ice jam in the Pelly River that prompted a flood watch finally broke on Wednesday night.

“That would relieve the pressure on the Pelly [River] at Ross River,” he said. “They should not be experiencing any further ice flood events in the immediate future as the ice continues to clear out of the Pelly.”

On Thursday morning, the water level of the Pelly River had gone down approximately 1.8 metres below its peak during the previous two days.

A flood watch was issued for the community of Ross River after the ice broke yesterday afternoon in the Pelly River and formed a jam downstream of the town. "That ice jam raised water levels...
Read more
Artic News

The Yukon Wildlife Preserve welcomed two new additions to its bison herd in the last two weeks. Their birth, and good health so far, are especially welcomed after a muskox calf died just a...
Read more
Artic News

A Tennessee boiler system company has reached a settlement with Laura Patty, the widow of Gary Thomas, a longtime Homer resident and volunteer killed on Jan. 14, 2022, when a Lochinvar boiler exploded at...
Read more
Artic News