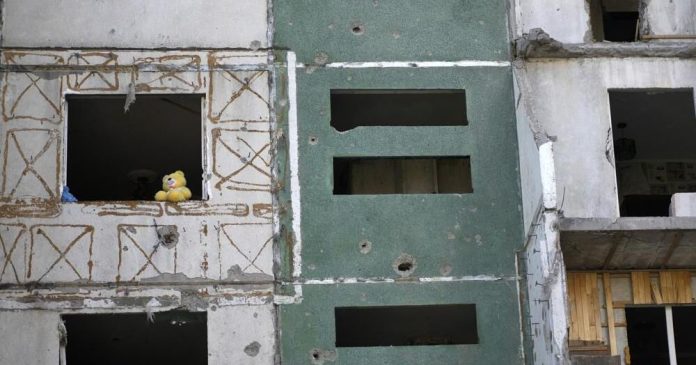 KYIV, Ukraine (AP) — Russia’s military kept on grinding down Ukraine’s defenses Monday, with combat in eastern areas said to be entering a “decisive” phase, as the war’s consequences for food and fuel supplies increasingly weighed on minds around the globe.

In Ukraine’s eastern Luhansk region, which in recent weeks has become the focal point of Moscow’s attempt to impose its will on its neighbor, battles raged for the control of multiple villages, the local governor said.

Ukrainian Deputy Defense Minister Hanna Maliar said the Kremlin had ordered the Russian military to overrun the entire Luhansk region by next Sunday. Currently, Moscow’s forces control about 95% of the region.

Thousands of U.S. House ballots have been rejected by Alaska elections officials

Dunleavy's hurried Nenana agriculture land auction is a campaign stunt, an invitation to bankruptcy for the unprepared

Just in time for his reelection campaign, Gov. Mike Dunleavy has thrown together an agricultural “plan” for Nenana that would be more accurately described as an invitation for bankruptcy for those who buy...
Read more
Around Anchorage

A U.S. Senate bill named after an Alaska victim of fentanyl seeks to inform the public about how that deadly synthetic opioid is often a secret ingredient of other illicit drugs used recreationally.The...
Read more
Around Anchorage