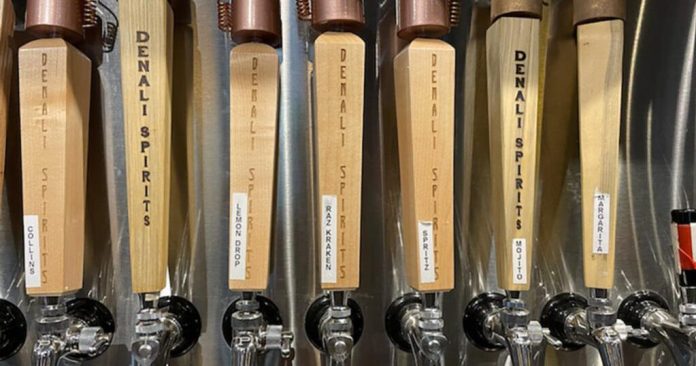 Alaska’s state alcohol regulator is declining to stop distilleries from selling kegs of premixed cocktails despite a warning by federal regulators, who have concluded that the process is illegal.

Last week, the Alaska Alcohol Control Board rescinded an advisory notice that had cautioned distilleries against selling kegs to bars and other places with alcohol licenses. The board also voted unanimously to create a working group to consider the topic further.

“In the meantime, I’m not going to go after a guy who has been doing something, allegedly lawfully for (four) years under our nose,” said Joan Wilson, director of the Alaska Alcohol and Marijuana Control Office.

Sassan Mossanen is the CEO

'It's just a scary situation': Yukoners react to being on evacuation alert as fires continue to burn

Previous articleAlaska Gov. Dunleavy temporarily replaces chief of staff
Next article'It's just a scary situation': Yukoners react to being on evacuation alert as fires continue to burn
Around Anchorage

Planned Parenthood Alliance Advocates Alaska is holding events in Anchorage, Fairbanks, Homer and Juneau on Saturday focused on abortion access advocacy.The goal of the events is “so that people know how to get...
Read more
Around Anchorage

The state agency that led Alaska’s response to the COVID-19 pandemic has been dissolved. As of Friday, the Alaska Department of Health and Social Services is now two separate agencies: the Department of...
Read more
Around Anchorage

When Donald Trump travels to Alaska and starts telling lies about Sen. Lisa Murkowski, count on Mike Dunleavy, Sarah Palin and Kelly Tshibaka to stand by and smile.That Trump will lie is a...
Read more
Facebook