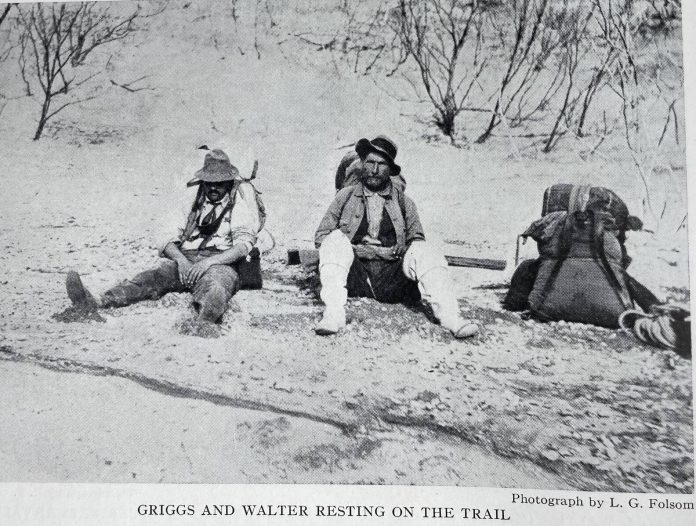 To put the largest eruption in Alaska’s written history in context, Robert Griggs pondered what might have happened if the volcano that erupted in summer of 1912 was located on Manhattan Island rather than the Alaska Peninsula.

“In such a catastrophe all of Greater New York would be buried under ten to fifteen feet of ash and subjected to unknown horrors from hot gases. The column of steam and ash would be plainly visible beyond Albany (150 miles away) … Explosions would be heard as far as Atlanta and St. Louis.

“The fumes would sweep over all the states east of the Rocky Mountains. In Denver they would tarnish

A half century in a difficult, dynamic place

A CLIFF NORTH OF LITUYA BAY — Dan Mann hands me a clump of orange dirt the size of an almond. He instructs me to put it in my mouth. “What’s it taste like?...
Read more
Nature & Outdoors

More than 5,000 miles from Juneau over the top of the world, the newest addition to the Eaglecrest Ski Area is getting broken down into pieces and readied for shipping across two oceans to...
Read more
Nature & Outdoors

I Went to the Woods: King size problem

The fish pulled line like a king. It resisted like a king. But the struggle didn’t last and as the fish tired, we knew it wasn’t a big one. We boated the salmon, measured,...
Read more
Facebook