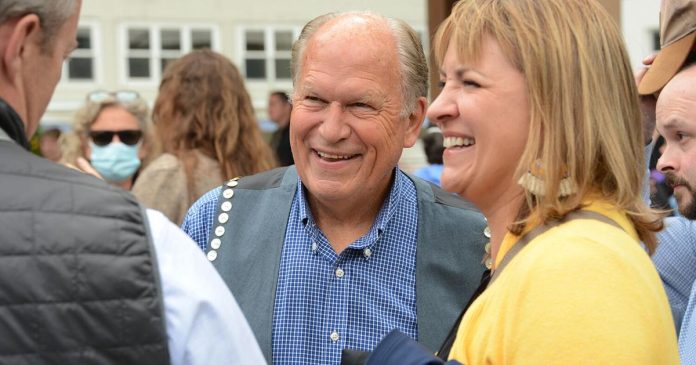 Former Gov. Bill Walker has raised more money than any other candidate in this year’s Alaska governor’s race over the past five months but is heading toward the Aug. 16 primary election with less cash in his campaign war chest than Republican candidate and incumbent Gov. Mike Dunleavy.

Dunleavy’s campaign said it had $768,263 in cash on hand after accounting for

A legal dispute between the U.S. government and the state of Alaska about subsistence fishing on the Kuskokwim River is growing, and a leading Native corporation says it could endanger subsistence hunting and...
Read more
Around Anchorage

More than 4,000 people attended the Planned Parenthood Alliance Advocates Alaska rally in Anchorage this past Saturday, making it the largest abortion rights event the nonprofit has ever held, according to its director....
Read more
Around Anchorage

Former President Donald Trump rallied the troops in Anchorage this weekend in support of Republican candidates Kelly Tshibaka and Sarah Palin in an event that was pretty much what you’d expect for a...
Read more
Around Anchorage

A study looking at just where to construct a pedestrian trail connecting Eklutna with the MatSu was given needed funding while a trio of other Valley trail projects were blocked by Gov. Mike...
Read more
Facebook