Growing educational programs and stewardship in a rapidly- changing environment 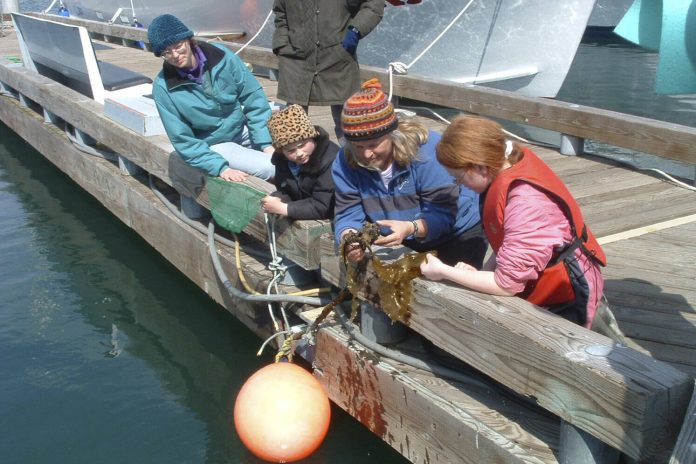 Editor’s note: The story of the Center for Alaskan Coastal Studies continues in the latest of a series of stories. This week’s story looks at its third decade from 2002-2012.

During its third decade, the Center for Alaskan Coastal Studies adapted its operations and educational focus to the rapid ecological changes happening in Kachemak Bay and the Gulf of Alaska. The recovery of the marine environment from the 1989 Exxon Valdez oil spill (EVOS) continued throughout this decade, but the effects of accelerated global climate change began to manifest locally.

In Alaska U.S. Senate primary, a race to finish fourth

Toolik Field Station gets $19.7 million for next five years of operations

The Kenai Peninsula Borough School District’s support staff are getting raises this school year. The board of education Monday approved the pay hikes in an agreement with the union that represents those employees. The...
Read more
Artic News

The Centers for Disease Control and Prevention alert level for the Kenai Peninsula Borough remains at high or red. At this level, CDC recommends people stay up to date with COVID-19 vaccines and get...
Read more
Artic News

No vacation to Homer would be complete without a trip across the bay to Kachemak Bay State Park and Grewingk Glacier, the prominent glacier with the two twin mountains, or nunataqs, sticking up out...
Read more
Artic News

Twelve. That’s the number of businesses Charlie Cunningham has owned since he dropped out of the seventh grade. The Texas native moved to Alaska in the 1960s and took over what was once called...
Read more
Facebook