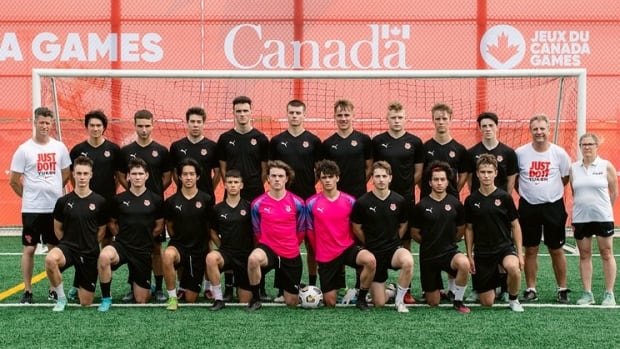 The Yukon men’s soccer team beat Nova Scotia 3-0 in a match at the Canada Summer Games on Monday. It was the first time the team had won against a provincial opponent.

Ashton Bryant, the team’s captain for the game against Nova Scotia, said they didn’t know much about the team going into the game.

“Everyone had a little bit of nerves,” he said. “But I think everyone was really excited.”

Bryant said his team “definitely had the highest majority of possession” during the first half of the game, and part of the second half.

“I think everyone was happy with the performance of the [Yukon] team.”

According to mission staff, the Yukon has never

Regardless of party or office, Alaska candidates are targeting trawling

The Victoria Gold Corp. is taking the Yukon Water Board to court over an order for the company to pay an additional $74 million in security for its Eagle Gold mine, on top of...
Read more
Artic News

A new collection of stories, poems and interviews called Ndè Sı̀ı̀ Wet'aɂà is putting the spotlight on emerging and established Northern Indigenous storytelling about land, life and art. The collection was first intended to expand...
Read more
Artic News

A new solar array and battery storage system is up and running at a remote mining exploration camp in eastern Yukon. The 64-panel system is capable of meeting 90 per cent of the camp's electricity...
Read more
Artic News

Yukon's chief coroner, Heather Jones, has ordered an inquest into the drug-related deaths of two women in Whitehorse earlier this year. Myranda Tizya-Charlie, 34, and Cassandra Warville, 35, died on Jan. 19 at the Whitehorse emergency...
Read more
Facebook