Alaska Science Forum: An attempt to demystify the mysterious 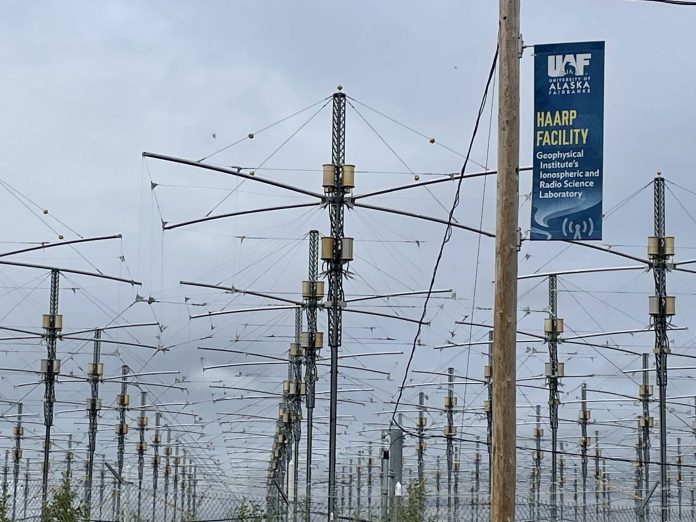 NEAR GAKONA, ALASKA — In this wild place where dump truck drivers once tipped load after load of gravel onto the moss to make roads and building pads, scientists rolled open an iron gate one recent Saturday afternoon.

They invited in conspiracy theorists, reality-TV hosts and salmon fishermen from Chistochina to the grounds of a mysterious antenna field. It’s a facility that some claim has caused caribou to walk backward. It has been rumored to activate earthquakes, and to hold human souls in a sort of northern purgatory.

Scientists were a bit to blame for all the allegations of weirdness out here between the Copper and Gakona rivers. First

Alaska Science Forum: An attempt to demystify the mysterious

Adopt a woolly mammoth and win!

If a lake drains in northern Alaska . . .

“Lakes seem, on the scale of years or of human life spans, permanent features of landscapes, but they are geologically transitory, usually born of catastrophes, to mature and die quietly.” — George Evelyn...
Read more
Nature & Outdoors

This medium-sized thaw slump in Canada’s Mackenzie River Delta is about 260 feet wide with a headwall of about 10 to 15 feet. It formed closer to the lake, expanding upslope by many...
Read more
Nature & Outdoors

I Went to the Woods: North slope caribou

I had stopped hopping from tussock to tussock attempting to keep my feet dry. Frequent missteps and sneaky depths had put water over my gaiters half a dozen times in the first two and...
Read more
Facebook