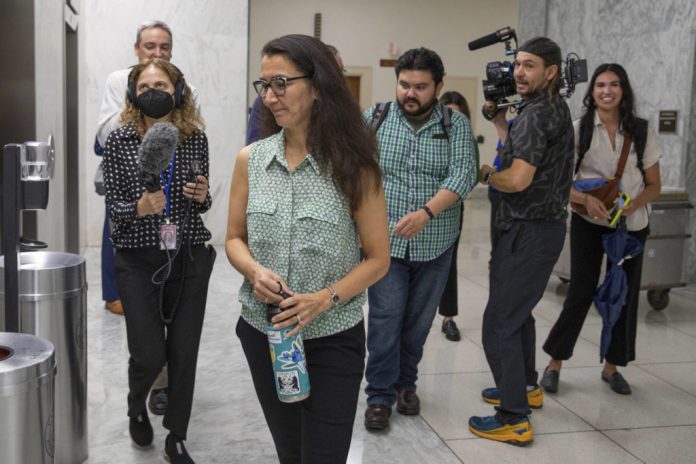 Mary Peltola won the special U.S. House race last month despite raising one-sixth the money of her two opponents. Now the tables have turned as she faces them again in the November general election, having raised more than four times the amount of her opponents during the most recent 39-day reporting period.

Peltola, Alaska’s first Democratic House member in about 50 years, raised about $1.53 million between July 28 and Sept. 5, according to final reports for the special election that needed to be filed with the Federal Elections Commission by Thursday. Republican challengers Sarah Palin raised about $228,300 and Nick Begich III about $118,000.

Of those totals, nearly

It's the perfect fall day in Dawson City and a perfect day for a walk according to Patrick Jackson."It's my way of getting in shape," Jackson said. "You get a totally different perspective. You...
Read more
Artic News

It's been more than 20 years since Champagne and Aishihik elder Chuck Hume has seen anything close to the number of sockeye salmon that have shown up to spawn at the Yukon fishing village...
Read more
Artic News

The Kenai Peninsula Borough will be reimbursed for just over $122,000 in expenses incurred after the May 7 Lowell Point Road landslide in Seward following assembly approval Tuesday night. That slide, which the City...
Read more
Artic News

Tens of thousands of Alaska residents are expected to receive student loan forgiveness, according to new data. Weeks after President Joe Biden announced his plan to provide up to $20,000 in student debt cancellation...
Read more
Facebook