Arctic Sports could be included in the 2027 Canada Winter Games 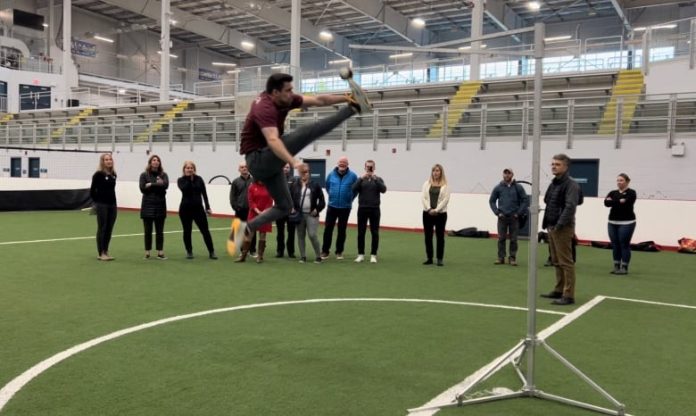 The Canada Winter Games could include Arctic Sports like the high kick and the knuckle hop — that’s if Whitehorse is chosen as the Games’ next host city.

Members of the Canada Games Council’s bid evaluation committee were in Yukon’s capital assessing the territory’s bid to host the games in 2027.

The bid, launched in Sep. 2021 by the City of Whitehorse and the Government of Yukon, proposed including Arctic Sports and Dene Games in the Games lineup.

This would be the first

Arctic Sports could be included in the 2027 Canada Winter Games

Sex offender released on bail, must stay in Whitehorse after First Nation's outcry

Workers on strike from the Yukon Arts Centre (YAC) picketed outside a sold-out concert at the Whitehorse venue on Tuesday evening, while urging ticket-holders to skip the show and ask the facility for a refund.It was the first...
Read more
Artic News

No timeline for proposed walk-in clinic in Whitehorse, minister says

Months have passed since the spring when the Yukon government said a walk-in clinic would soon be opening in Whitehorse. Now, the health minister has admitted that she can't give a date for when...
Read more
Artic News

The Seward girls cross-country team captured their seventh small-schools title, and first since 2007, Saturday at the state cross-country meet at Bartlett High School in Anchorage. The win for the Seahawks on the blustery,...
Read more
Facebook