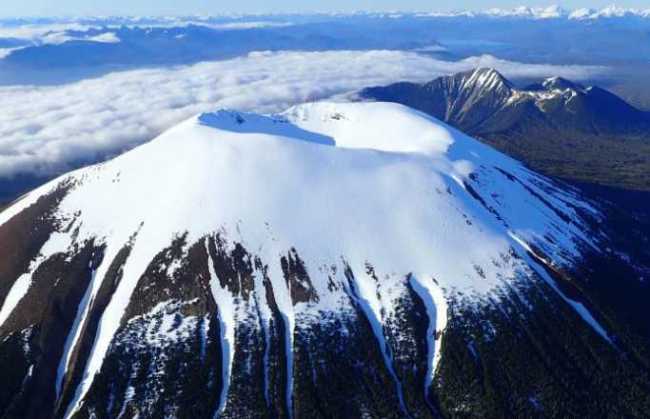 Mount Edgecumbe rises in the foreground with Crater Ridge behind an to the north on May 19, 2022. Photo by Max Kaufman/ Alaska Volcano Observatory.

Magma beneath long-dormant Mount Edgecumbe volcano in Southeast Alaska has been moving upward through Earth’s crust, according to research the Alaska Volcano Observatory rapidly produced using a new method.

The new approach at the observatory could lead to earlier detection of volcanic unrest in Alaska.

At Mount Edgecumbe, computer modeling based on satellite imagery shows magma is rising to about 6 miles from a depth of about 12 miles and has caused earthquakes and significant surface deformation.

“That’s the fastest rate of

Alaska Science Forum: The man who knew moose like no other

Vic Van Ballenberghe died on Sept. 22, 2022, at the age of 78. The man who knew moose better than perhaps anyone else on Earth had stood amid their knobby legs for many springs...
Read more
Nature & Outdoors

I Went to the Woods: Subjective facts and truth

I am terrible at objectivity. I find what I want to find and proclaim certainty. This is not helpful. In fact, it is positively damaging to my growth and prospects of success going forward....
Read more
Nature & Outdoors

On the Trails: October observations of fall foraging

A walk down the Boy Scout Camp Trail was notable for the near-absence of birds—no geese out in the big meadow, no gulls on or over the sandbars in the broad estuary, no eagles...
Read more
Nature & Outdoors

Scientists on the MOSAIC expedition work among Arctic melt ponds in 2020. Photo by Melinda Webster A proposal to cover Arctic sea ice with layers of tiny hollow glass spheres about the...
Read more
Facebook