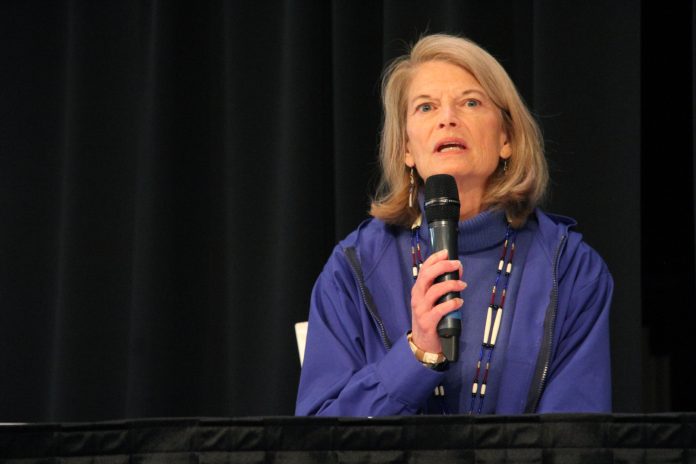 ANCHORAGE, Alaska (AP) — Two Russian Indigenous Siberians were so scared of having to fight the war in Ukraine, they chanced everything to take a small boat across the treacherous Bering Sea to reach American soil, Alaska’s senior U.S. senator said after talking with the two.

The two, identified as males by a resident, landed earlier this month near Gambell, on Alaska’s St. Lawrence Island in the Bering Strait, where they asked for asylum.

“They feared for their lives because of Russia, who is targeting minority populations, for conscription into service in Ukraine,” Republican U.S. Sen. Lisa Murkowski said Saturday during a candidate forum at the Alaska Federation of Natives conference

Half of voters say the Supreme Court’s decision overturning the constitutional right to an abortion has made them more motivated to vote in next month’s midterm elections, with enthusiasm growing especially among Democrats...
Read more
Around Anchorage

Alaska absentee ballots should have two stamps, but one is OK, officials say

This year’s Alaska general election absentee ballot is a hefty document, weighing in between 1.1 and 1.2 ounces.If it were an ordinary letter, that’s weighty enough to need two stamps. But if voters...
Read more
Around Anchorage

Gov. Mike Dunleavy said Monday that if re-elected, he intends to propose legislation increasing the prison sentence for drug dealers who sell products that kill someone. The as-yet-unreleased legislation would also make convicted...
Read more
Around Anchorage

None of the 15 people to die in Alaska Department of Corrections custody in 2022 so far “died as a result of others,” according to Gov. Mike Dunleavy. Acting Corrections Commissioner Jen Winkelman...
Read more
Facebook