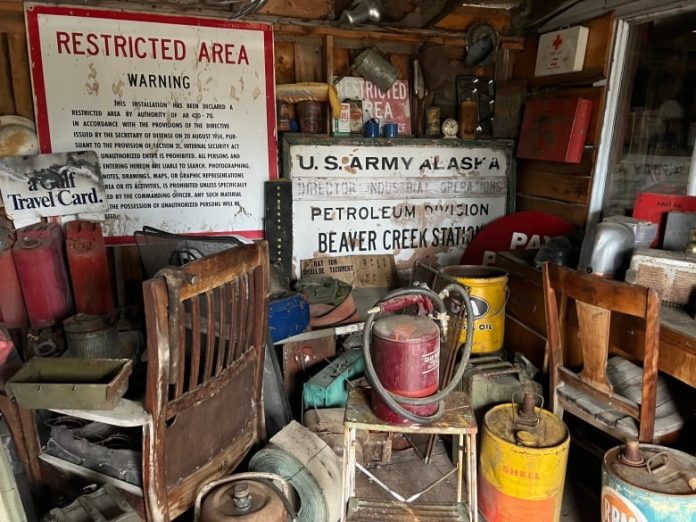 There are collectors and history buffs — and then there’s Sid van der Meer.

He got thousands of weathered old artifacts from Yukon’s colourful history, collected over a lifetime and spread out on display in his ramshackle, home-based museum in Beaver Creek, Yukon.

“I just collect,” he said while guiding another drop-in visitor around his property, “I’m still collecting, if I find anything.

“We used to live in a house back in the Netherlands, it was built in 1491. So I’ve probably been … you know, interested in old history all my life, I guess.”

Van der Meer was a child when his family immigrated to Canada in 1953 and in 1961 he moved from Alberta to Yukon. He’s

According to the Alaska COVID-19 Data Hub, updated Wednesday, 22 patients are hospitalized with COVID-19. No patients are on ventilators. This is down from last week, when DOH reported that 40 patients were hospitalized....
Read more
Artic News

Students at Selkirk Elementary School in Whitehorse spent Thursday morning learning what to do in an earthquake as part of an international earthquake awareness day.At 10:20 a.m., students practiced how to drop, cover and...
Read more
Artic News

In the North, some mines risk leaking acid if the permafrost melts, while across Canada heavier rainfall will add strain to tailings dams and a lack of it could throw operations.While no strangers to...
Read more
Artic News

A community leader in Colville Lake, N.W.T., wants to know why a young woman charged with attempted murder has been released to his community on bail. Hilah Rose McCauley, who was charged following a shooting...
Read more
Facebook