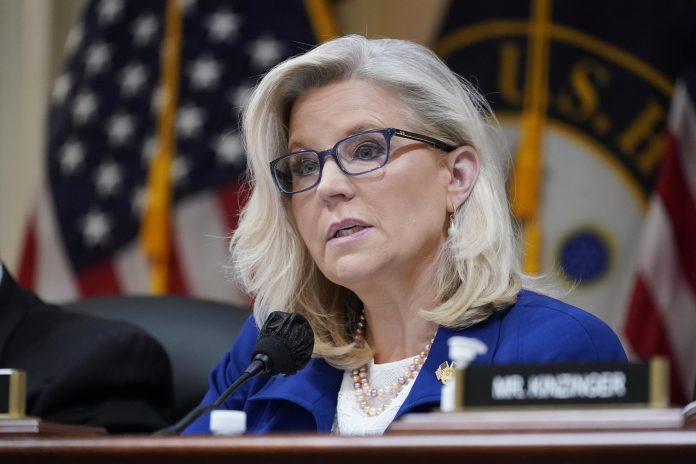 WASHINGTON (AP) — The House committee investigating the Capitol riot won’t give Donald Trump the chance to turn a possible live TV appearance of his subpoenaed testimony into a “circus” and “food fight” as lawmakers try to ensure he complies with their demands, the panel’s vice chair said Sunday.

The committee is demanding Trump’s testimony under oath next month as well as records relevant to its investigation. To avoid a complicated and protracted legal battle, Trump reportedly had told associates he might consider complying with the subpoena if he could answer questions during live testimony.

When asked if the committee would consider taking his testimony live, Rep. Liz Cheney

Half of voters say the Supreme Court’s decision overturning the constitutional right to an abortion has made them more motivated to vote in next month’s midterm elections, with enthusiasm growing especially among Democrats...
Read more
Around Anchorage

Alaska absentee ballots should have two stamps, but one is OK, officials say

This year’s Alaska general election absentee ballot is a hefty document, weighing in between 1.1 and 1.2 ounces.If it were an ordinary letter, that’s weighty enough to need two stamps. But if voters...
Read more
Around Anchorage

Gov. Mike Dunleavy said Monday that if re-elected, he intends to propose legislation increasing the prison sentence for drug dealers who sell products that kill someone. The as-yet-unreleased legislation would also make convicted...
Read more
Facebook