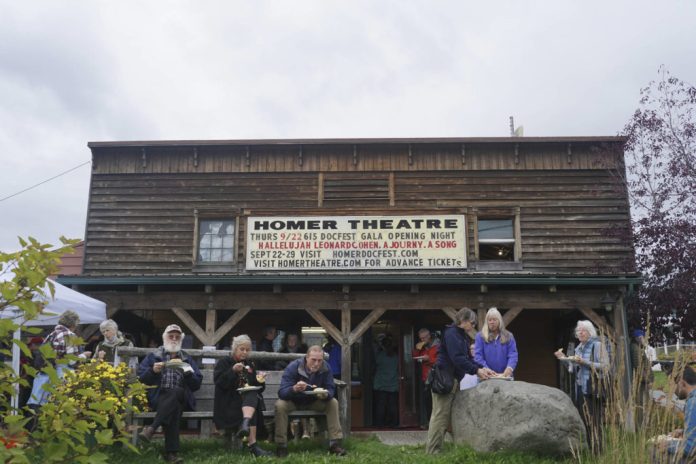 The festival spanned a week, Sept. 22 through Sept. 29 — beginning with an opening night gala. Six films were shown, described in a press release as the “best documentaries of 2022.” These included “Hallelujah,” “Gabby Giffords Won’t Back Down,” “Gratitude Revealed,” “Jazz Fest, A New Orleans Story,” “Fire of Love” and “Hockeyland.”

On each of the festival days, three of the six featured documentaries were shown, at varying times at the Homer Theatre. Attendees were asked to rate each

A year after fatal shooting, Faro remembers victims with memorial

A fresh layer of snow — the season's first — brightens the landscape during what is an otherwise grim week in Faro, Yukon.It's been one year since the day the small, quiet community was...
Read more
Artic News

Families in the Yukon are feeling the effects of a countrywide shortage of children's pain medication.For months, manufacturers of children's ibuprofen and acetaminophen have struggled to keep up with demand, leaving pharmacies across the...
Read more
Facebook