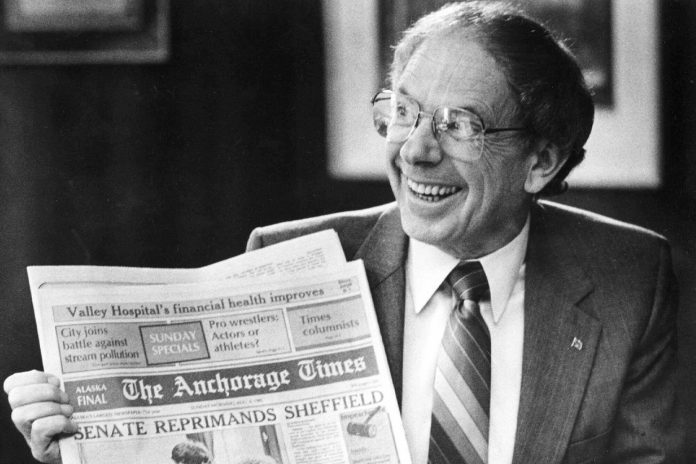 JUNEAU — Bill Sheffield, a former Alaska governor whose term in office was roiled by an impeachment proceeding, has died. He was 94.

A statement provided by friends of Sheffield said he died Friday at his home in Anchorage.

John Pugh, a friend who was the state health commissioner under Sheffield and among those who spent time with him before his death, said Sheffield regularly talked about ways to move Alaska forward. He “had all kinds of ideas, even in the last few months as he was really declining, on economic development in Alaska,” Pugh said.

Sheffield, who was governor from 1982

International ski race kicks off at Mount Sima in Whitehorse

Companies will soon be able to bid on a housing project in downtown Whitehorse, according to the Yukon's housing minister, who says roughly 300 affordable housing units could be built at the 5th Avenue...
Read more
Artic News

Andrew Arreak says travelling on the ice — the main highway in Canada's Arctic — provides access to the land and food, connects communities and is part of Inuit identity. But climate change is making...
Read more
Artic News

The Yukon's information and privacy watchdog says the Department of Education need to immediately stop using video surveillance in schools to collect personal information about students, and securely destroy any such information it has...
Read more
Artic News