Republicans will hold Alaska US Senate seat in tight race 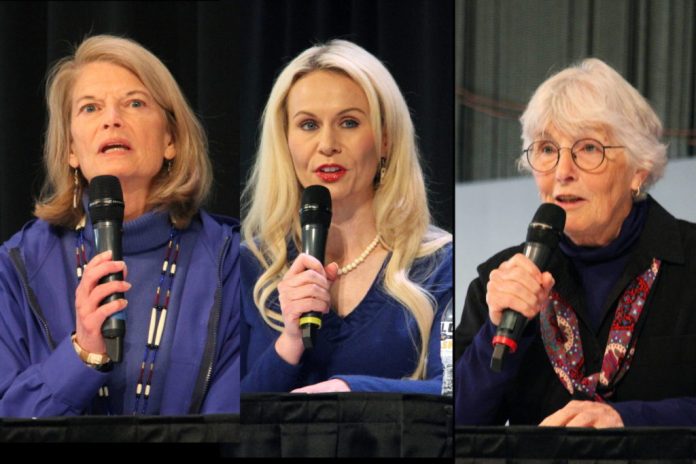 In results early Wednesday morning, Tshibaka had 44.56% of the vote followed by Murkowski with 42.64% and Democrat Pat Chesbro with 9.54%. Percentages are for the first round in Alaska’s ranked-choice system.

Tshibaka and Murkowski were in the race with Chesbro and Republican Buzz Kelley, who lagged well behind in early returns reported Tuesday night. Kelley had suspended his campaign and endorsed Tshibaka.

Murkowski touted her seniority and willingness to work across party lines to advance Alaska’s priorities. Murkowski is the most

Yukon First Nation youth gets her art mailed across Canada

Republicans will hold Alaska US Senate seat in tight race

People who attended the Homer Rotary Club Health Fair last Saturday might have walked out of Homer High School feeling just a bit healthier. The gym and commons were full of booths for the...
Read more
Artic News

A lawsuit filed by two Yukon Sixties Scoop survivors has been settled outside of court. Tr'ondëk Hwëch'in citizens Charles Eshleman and Christine Mullin were among the thousands of Indigenous children across Canada between the 1950s and 1990s...
Read more
Artic News