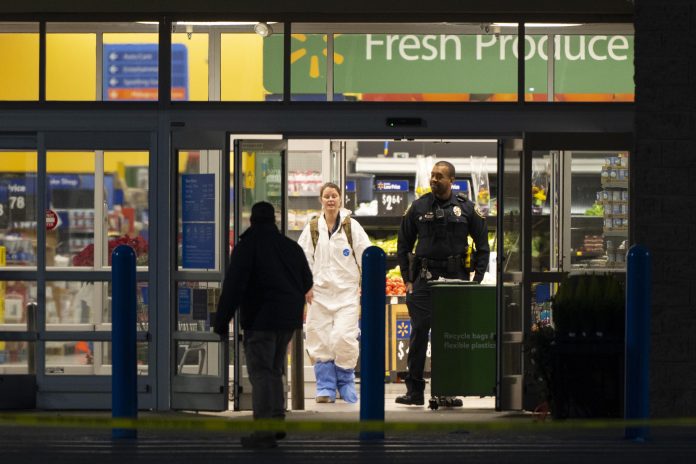 The gunman, who apparently shot himself, was dead when officers found him, police said. There was no clear motive for the shooting, which also put four people in the hospital.

The store was busy just before the attack Tuesday night as people stocked up ahead of the Thanksgiving holiday, a shopper told a local TV station.

WASHINGTON (AP) — The year was 2010 and the Justice Department’s prestigious public integrity section was still recovering from a costly debacle over the withholding of exculpatory evidence in a case against Alaska Sen....
Read more
Around Anchorage

A pair of earthquakes shake the Mat-Su Thursday afternoon

A pair of earthquakes rattled the Mat-Su Borough Thursday afternoon. The first struck around 12:49 p.m. and had a magnitude 3.7 center 54 miles outside of Anchorage.The second earthquake hit just after 3...
Read more
Facebook