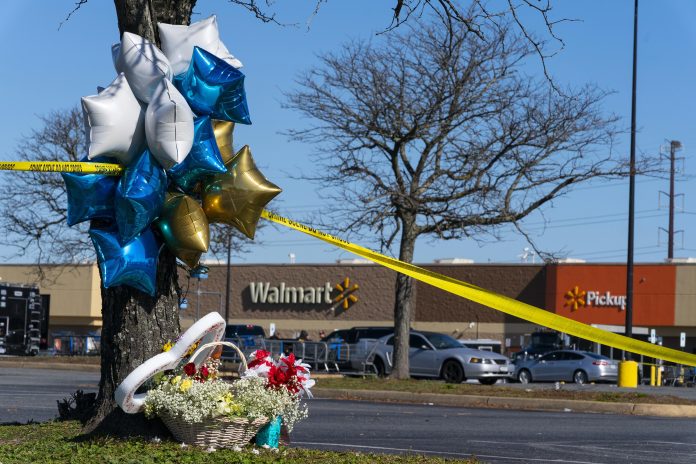 CHESAPEAKE, Va. (AP) — A Walmart manager pulled out a handgun before a routine employee meeting and began firing wildly around the break room of a Virginia store, killing six people in the nation’s second high-profile mass shooting in four days, police and witnesses said.

The gunman was dead when officers arrived late Tuesday at the store in Chesapeake, Virginia’s second-largest city. Authorities said he apparently shot himself. Police were trying to determine a motive. One employee described watching “bodies drop” as the assailant fired haphazardly, without saying a word.

“He was just shooting all throughout the room. It didn’t matter who he hit. He didn’t say anything. He didn’t look

Alaska’s economy is recovering, but it is hampered by negative demographic trends

Alaska’s economy shows signs of prosperity. But it’s also facing an emerging crisis.A veteran economist described these contradictory forces in a presentation on November 16 at an industry conference in Anchorage. .link-button...
Read more
Around Anchorage

The Alaska Supreme Court has deferred a decision on the effectiveness of a new law intended to protect the state fund that pays for high school scholarships and Alaska’s equivalent of medical school.In...
Read more
Around Anchorage

WASHINGTON (AP) — The year was 2010 and the Justice Department’s prestigious public integrity section was still recovering from a costly debacle over the withholding of exculpatory evidence in a case against Alaska Sen....
Read more
Facebook