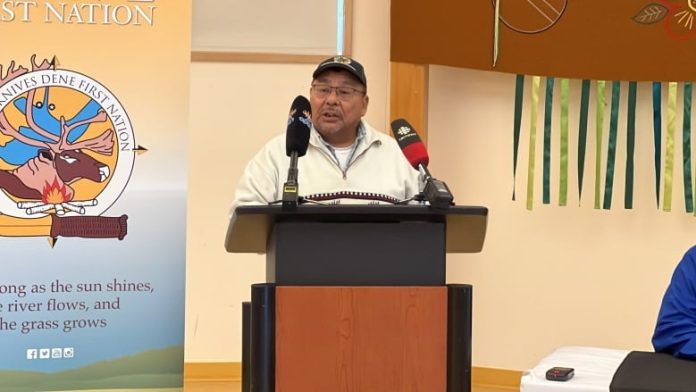 Language is fundamental to identity.

That was the message of politicians at a press conference in Dettah, N.W.T. on Friday as the federal government announced $39.4 million in funding to support Indigenous language revitalization in the territories.

The biggest slice of the federal funding, $17.7 million, will go to Nunavut. The Yukon will receive $14.7 million and the Northwest Territories, $6.9 million.

Northwest Territories MP Michael McLeod said preserving and revitalizing language is important because for generations, Indigenous people have lived under systems design to erode their cultures.

It’s something he said he knows about first-hand as a residential school survivor.

“Languages are fundamental to our identities, our culture, our spirituality,” he said.

The Native Communication Society of the N.W.T.,

NorthPolice offered few details in a news release issued just before 2 p.m. Thursday, only stating officers were on-scene "in the area of Condor Road" and asking "everyone to stay away from the area." Social...
Read more
Artic News