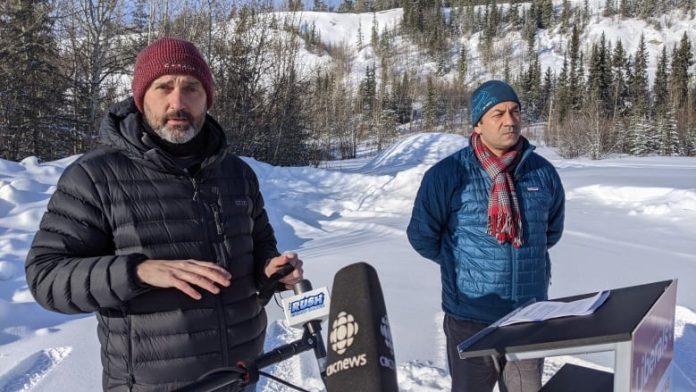 A sleepy leadership contest ended quickly over the weekend, with Liberal cabinet minister Ranj Pillai taking over the helm of the Yukon Liberal Party by acclamation.

Pillai wasn’t immediately available for an interview. But in a statement, he said he’s “honoured and humbled” to take over the party leadership.

“We have so much to be proud of and I’m very excited for what the future of the Yukon holds,” the statement

Lena Smith-Tutin and her older sister Vivian Smith don't like to dwell on the time they spent in residential schools. Instead, the two women, members of the Champagne and Aishihik First Nations in the Yukon, found...
Read more
Artic News

One day this past fall, Beth's child pulled a knife on the school bus.Nobody was hurt, but kids were scared, and in the aftermath Whitehorse's Hidden Valley Elementary School staff sent out an email reminding...
Read more
Artic News

Barring any last-minute entries, it's looking like the Yukon Liberal leadership race could be over before it begins.With just a day left before the nomination period closes, MLA and cabinet minister Ranj Pillai was still the...
Read more
Artic News

Tourism rebounded in Yukon last year, but not to pre-pandemic levels

Yukon's lucrative tourism sector took a major hit during the pandemic, but the latest data from the territorial government suggests the worst may be over."Certainly the numbers are telling us a story, and really...
Read more
Facebook