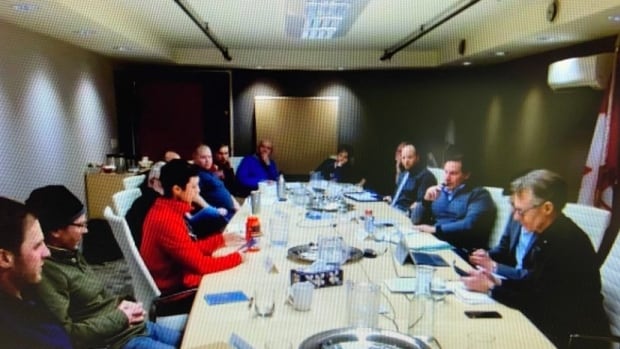 Liberal MP Brendan Hanley hosted a roundtable with Yukoners on Thursday evening to discuss Bill C-21 and proposed amendments that could see long guns, such as rifles and shotguns, banned in Canada.

The roundtable was the first of two Hanley promised to hold after an outcry from people unhappy that the bill originally intended to ban handguns has been modified to include some long guns.

Canada’s minister of public safety Marco Mendicino was in Whitehorse to attend the meeting in person. Fifteen Yukoners were also invited to attend in person while many more watched via Zoom.

Seventeen of 20 Alaska senators are in the majority. What about the other three?

A fellowship for Northerners interested in tackling policy challenges has been put on pause for two years.The Jane Glassco Northern Fellowship, one of several initiatives from the Gordon Foundation, is an 18-month program that mentors...
Read more
Artic News

The Yukon government is looking to sell off the former site of a seniors home in Whitehorse, and that's prompted some people to weigh in on how the site in Riverdale should be used. The...
Read more
Artic News

There was a lot of frustration, a little bit of hope, and a pitch for renewable diesel heard at a public meeting in Yellowknife this week about upcoming changes to the N.W.T.'s carbon taxes. The...
Read more
Artic News

Peter Ribbens is Nikiski’s new representative on the Kenai Peninsula Borough Assembly following a 5-3 vote in favor by sitting assembly members Tuesday. Ribbens is a senior environmental professional with Insight Environmental and a...
Read more
Facebook